A little about April Chapple, hey that's me!

Hi,  My name is April Chapple and I'm the creator of Dear Volleyball.com, the place where inspiring volleyball quotes and motivational sayings and stories can change volleyball players lives.

Volleyball quotes and sayings have been a big part of my professional volleyball career because they were what I relied on as reminders in hard times for confidence building when I needed to overcome obstacles.

I spent a long time travelling to play this game all over the world and many times when you are by yourself you need something to motivate you, to inspire you to do your best, especially when competing in front of a crowd of thousands of strangers in a foreign country.

I collected motivating quotes, inspiring quotes and I started asking the players I was friends with and competing against, who happened to be some of the best players in the world at that time, to write about their inspiring stories of how they overcame their biggest obstacles.

They did and I they agreed to share those for me and I share those with you in a collection of inspiring stories. 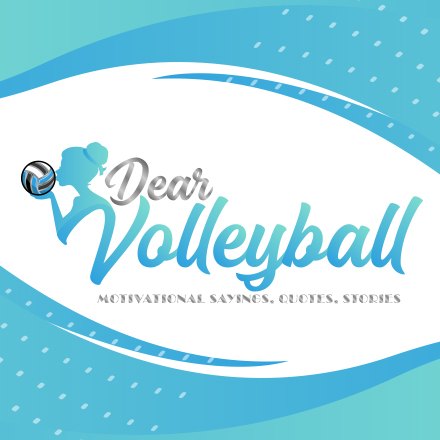 As a volleyball scholarship athlete at the University of Tennessee, Knoxville

As a professional beach volleyball player...

As a published author...

I encourage you to return to my site Dear Volleyball.com for some uplifting, soul renewing volleyball encouragement.