A collection of Kerri Walsh photos that will inspire DearVolleyball.com readers. 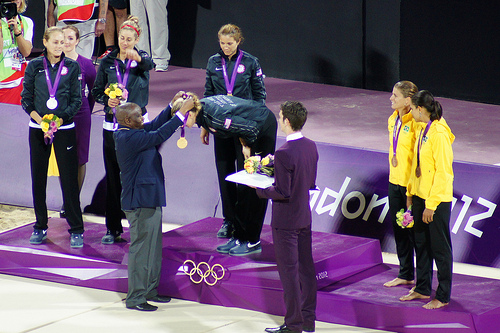 "I would do whatever it takes just to

keep playing and getting better".


In 2001, Kerri Walsh and her partner Misty May Treanor formed the team that would become "the winningest beach volleyball duo in the history of the game, male or female."


According to Greatest.com, Kerri is the 66th most influential person in their top 100 health and fitness ranking.


Kerri wakes up every morning at 4 a.m.

"Kerri Walsh Jennings has so much to be proud of in this picture with her daughter, Scout and husband Casey Jennings! This picture was taken after her win at the Asics World Series of Beach Volleyball."

Kerri Walsh Pictures
In the Olympics

Misty and Kerri win gold at the London Olympics.

Opening Ceremonies at the Olympics.

Misty and Kerri and Jennie Finch at the Beijing Olympics

"I do Pilates three times a week; twice in the studio, once on the beach."

"I love my life too much to squander it.

Self discipline is ...showing up every single day.

It's that dichotomy of everything.

But I want to be "on point"

You battle for as long as it takes...

You'll eventually get to where you want to go...

This is Yoga campaign for Lululemon

Kerri Walsh Pictures
All Dressed Up

Kerri Walsh and Misty May Pictures
The Americans


Kerri Walsh Pictures
The Shoulder and the Tape

She shared the FIVB Best Attacker award with teammate Misty May Treanor in 2007, and won it by herself in 2014.