The new Volleybragswag libero volleyball shirts have quotes that are created because of the pain and fear felt by many liberos about their position.

The Pain and Fear for a Libero

What hurts more when YOU hit the floor or when the ball does?

Over 3000 responses were recorded on Pinterest in answer to this question and the concensus was the ball hitting the floor is the biggest pain and fear for a libero.

Many felt that because their roles and responsibilities were so limited they felt the pressure of having to perform, moreso they thought, than their teammates since they had less time to be on the court by nature of their position.

In other words, many explained that since liberos only play backrow they had less chances to make mistakes and still remain in the game.

Compared to a blocker or a hitter who had a better chance of playing all six rotations, which gives them more time on the court.

On Pinterest this answer was further explained as "these players having more opportunities to make mistakes."

Related to this argument was the pain felt by getting floor burns, was not a big deal ...because a libero would rather get the ball up under any circumstances rather than feel the pain and embarassment of not having done their job.

In researching what hurts more for a libero, we discovered a list of situations where players expressed frustration when asked to determine which scenario was worse?

Not touching one ball before having to rotate out?

Or shanking the first ball the minute you rotate in?

When you hit the floor hard? Or when the ball does?

Playing a whole match and NOT getting one bruise or scrape?

Or playing only a few points and getting a ton of random scrapes, cuts, floor burns and bruises?

These are some of the top most popular libero volleyball problems, the ones that received the biggest responses and reactions from a large audience of liberos and libero sympathizers.

We sympathize as well.

Although we only listed a few libero problems above, the list is quite long of things liberos go through that other teammates usually dont have to deal with.

From height questions to jokes about being too short to play on the team to jersey color questions liberos often question or get questioned about their worth and value to a team.

We believe it takes a special player with an aggressive attitude and winning spirit to do what some call "the dirty work in the back court" and shine!

That's why I decided to flip the script and use some of the most popular libero problems and change them into libero volleyball tshirt quotes!

These slogans celebrate the libero volleyball position by answering the questions most asked by fans and onlookers who question the value of the role of the libero.

The goal is to give the libero a voice, to answer a few of these questions in a way that keeps her from having to utter a word, while praising her abilities and providing confidence statements that support the libero in her role.

We want to build pride and support for those living the Libero life!

I am a Libero

I am a Libero 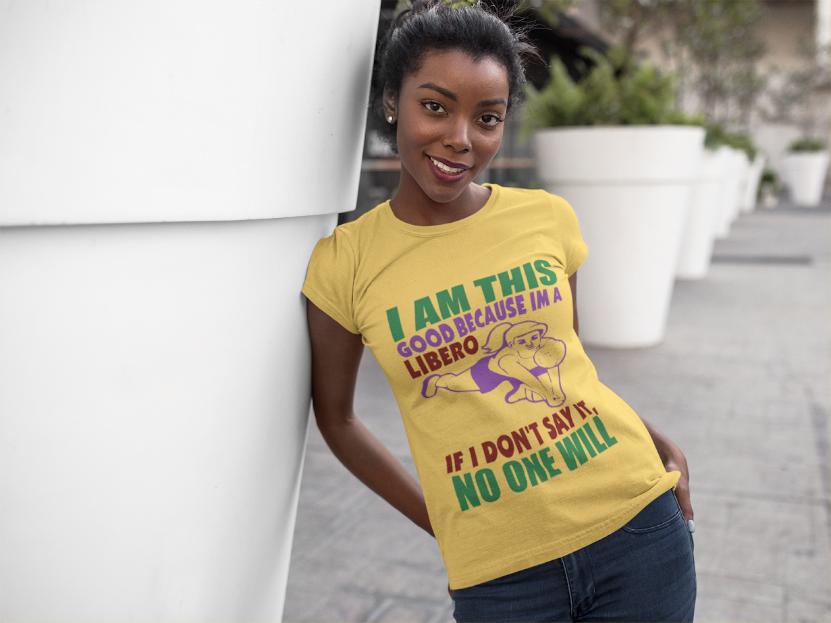 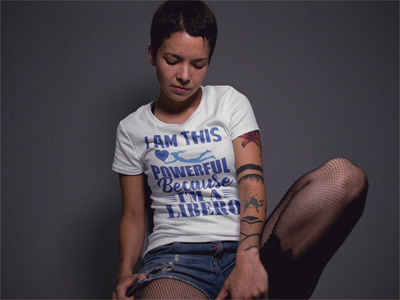 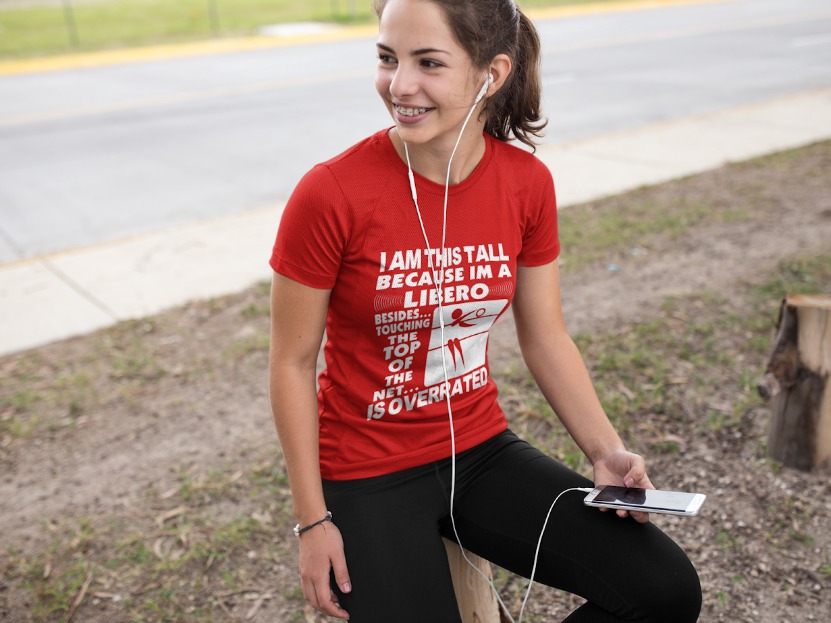 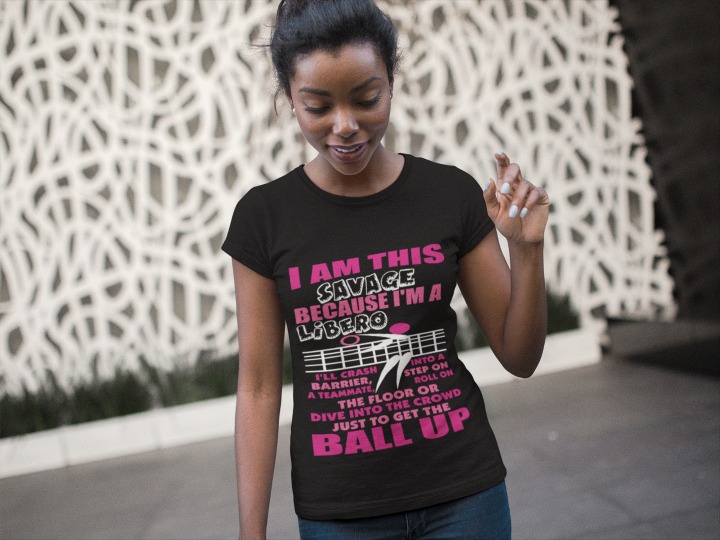 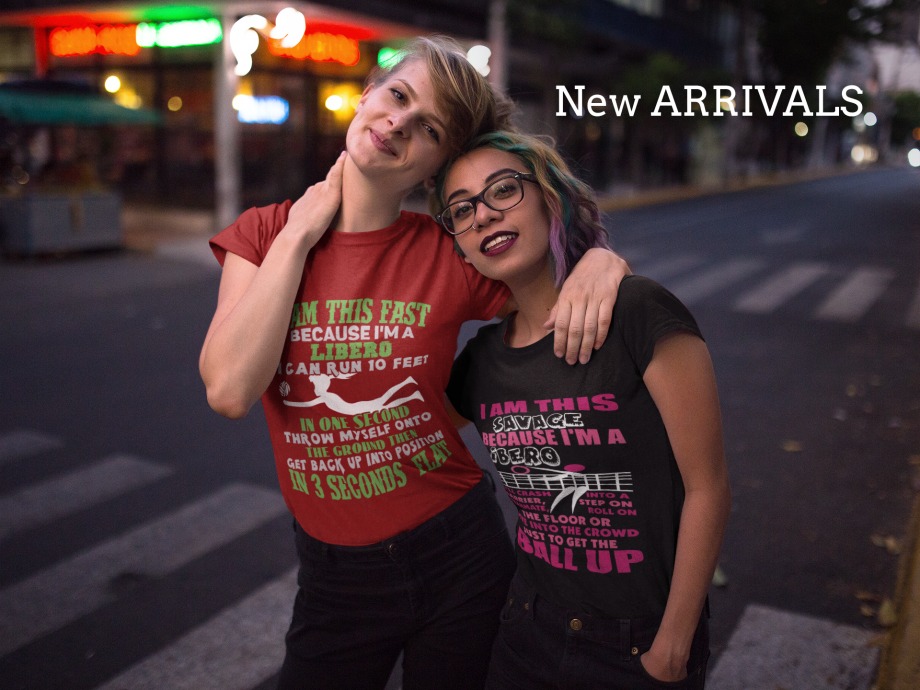 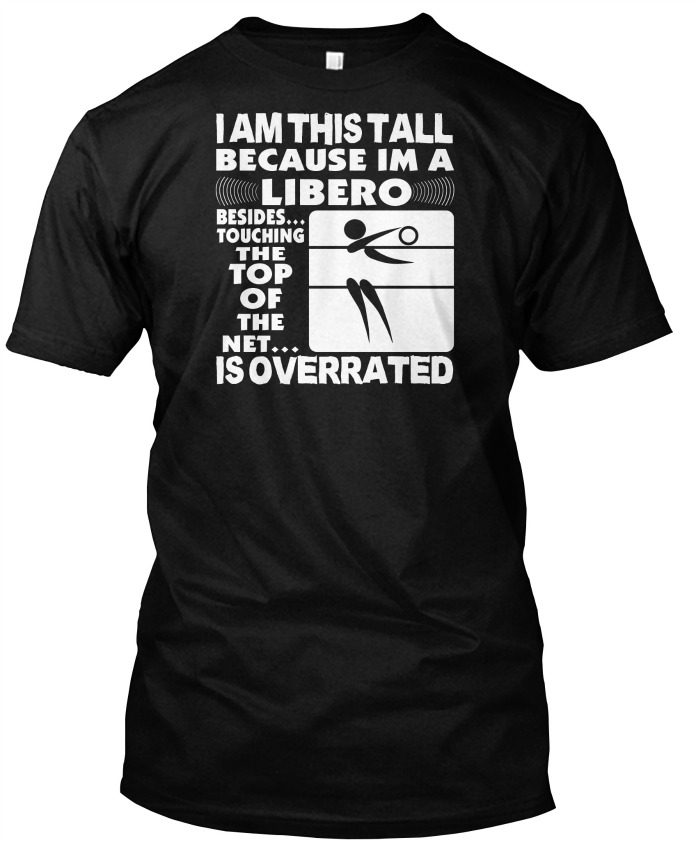 Because I am a LIBERO

I got that ball because I am a LIBERO

don't blame me, if you call for the ball, then let it drop 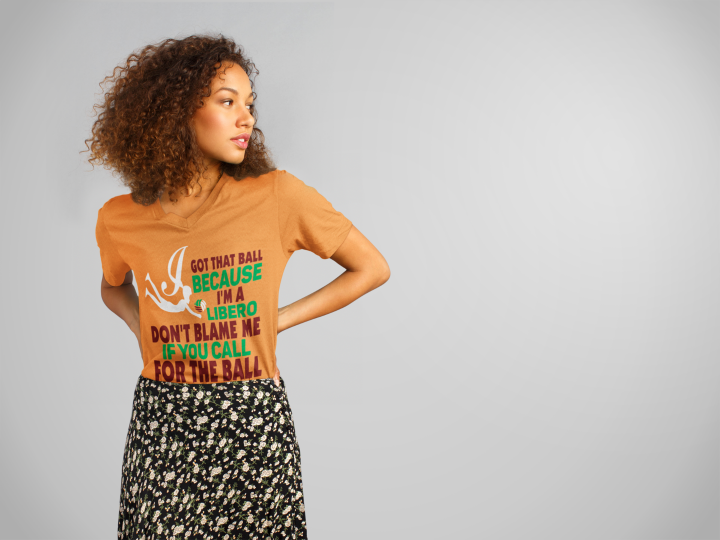 I work this hard because I'm a LIBERO

lil ol' me can dig more balls in ONE set than TALLER players do in a whole match! 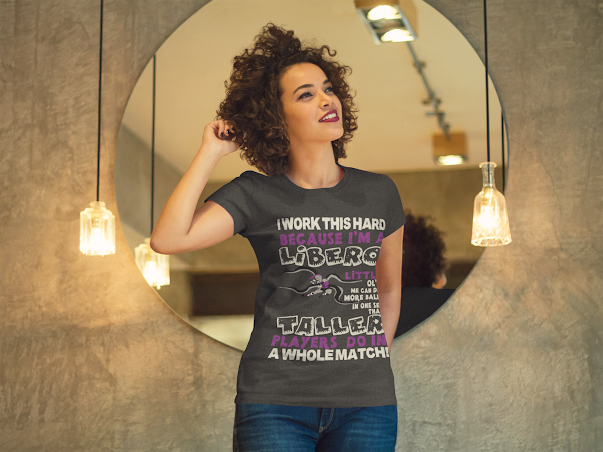 You are right! This shirt ain't yours. Its way too small. 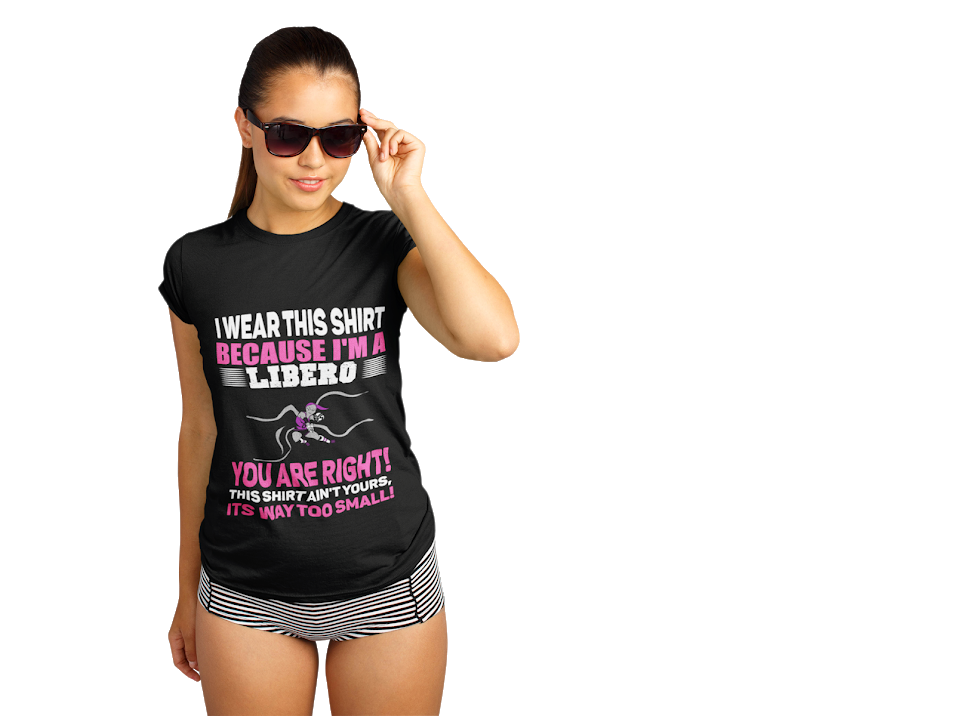 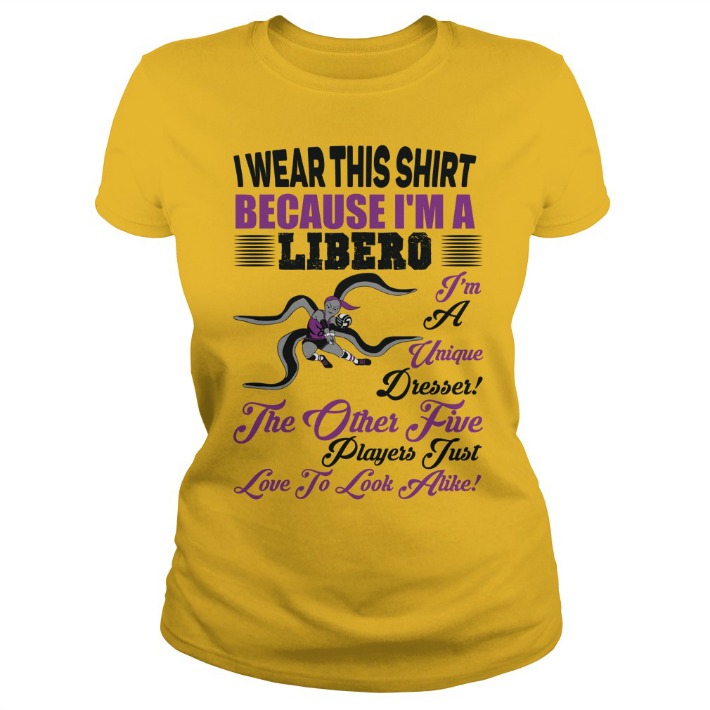 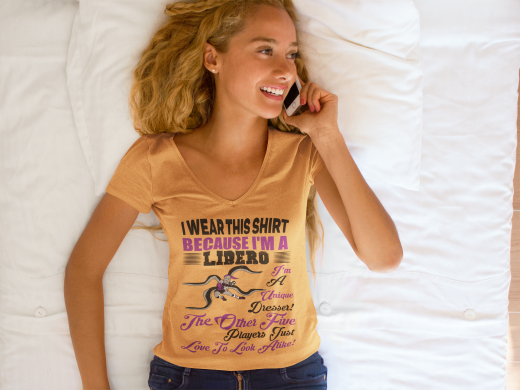 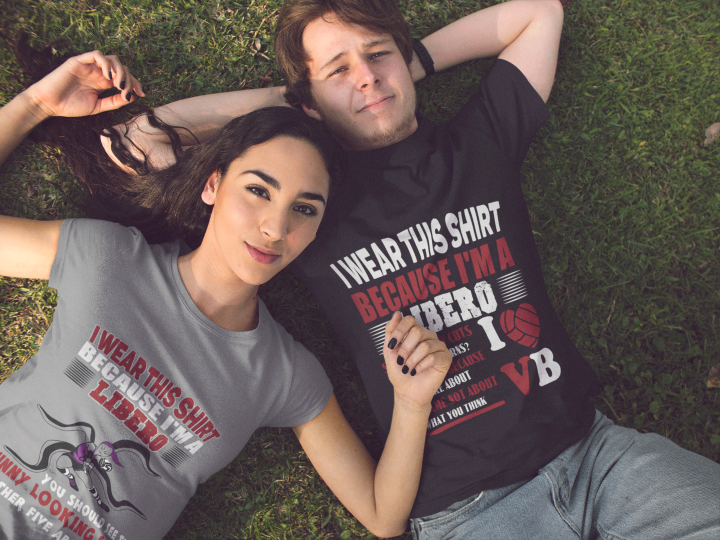 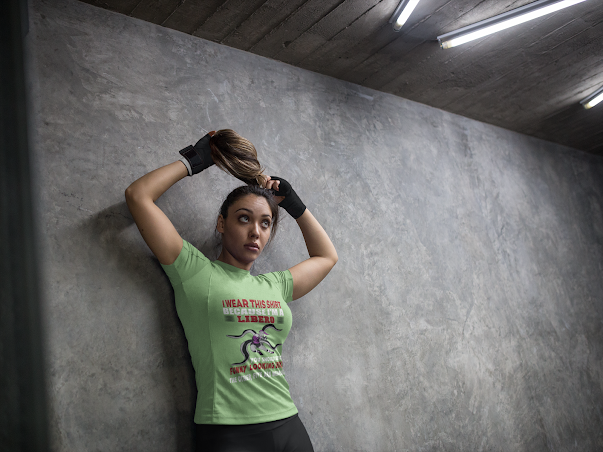 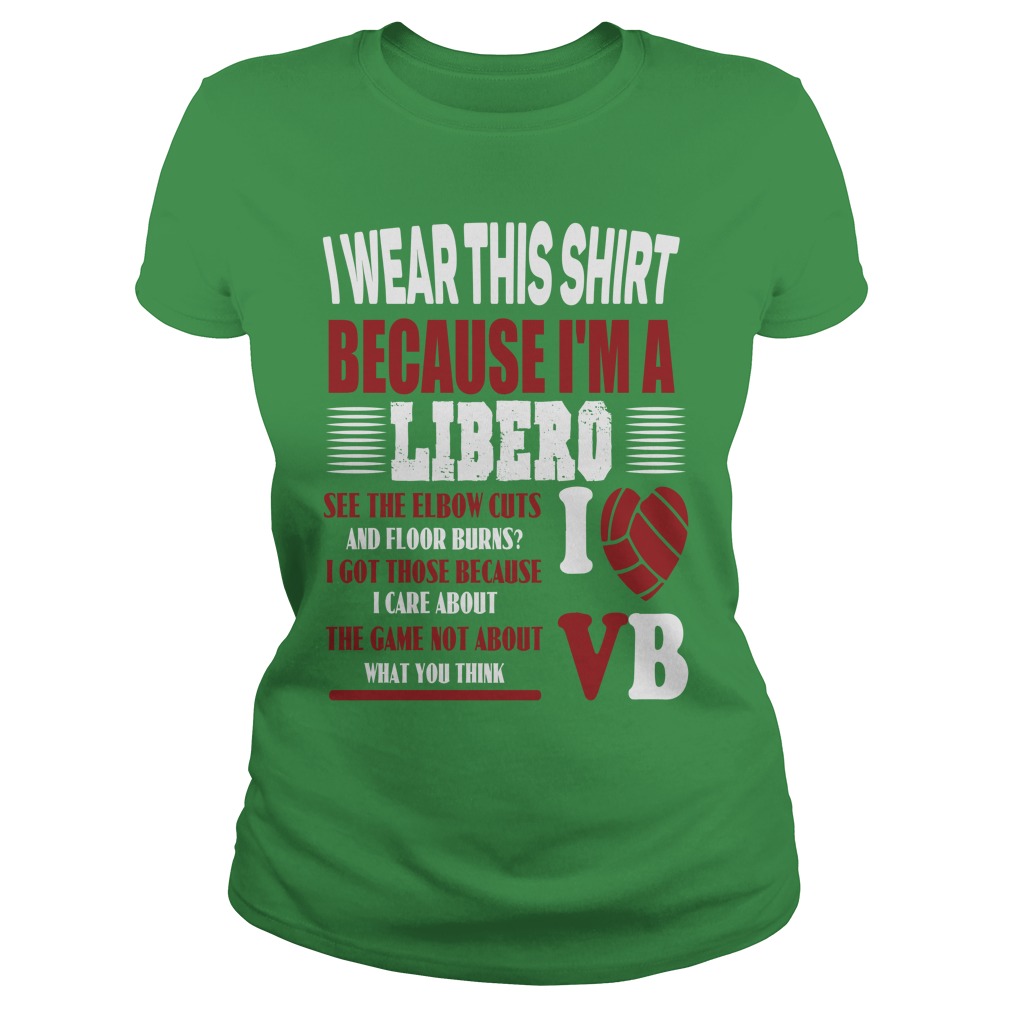 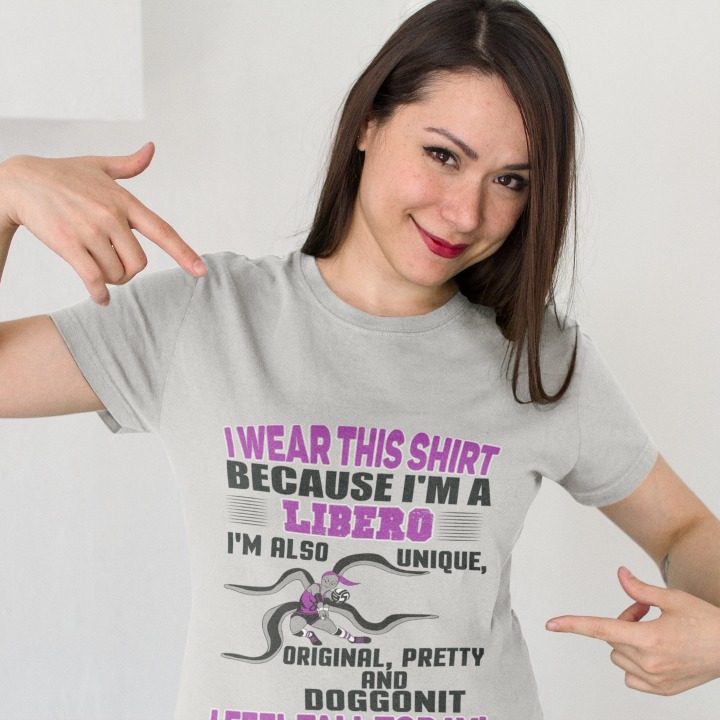 You know you're a LIBERO when... 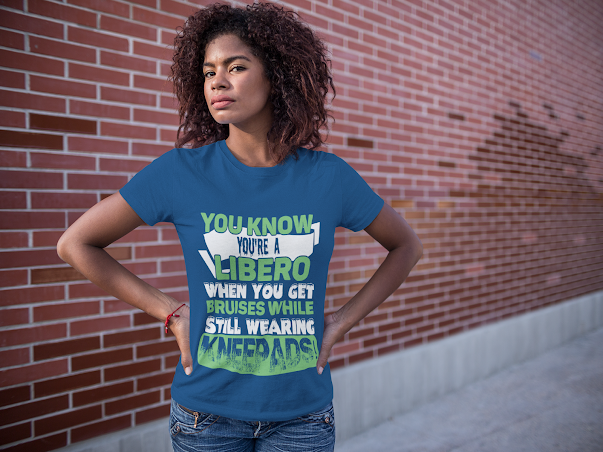 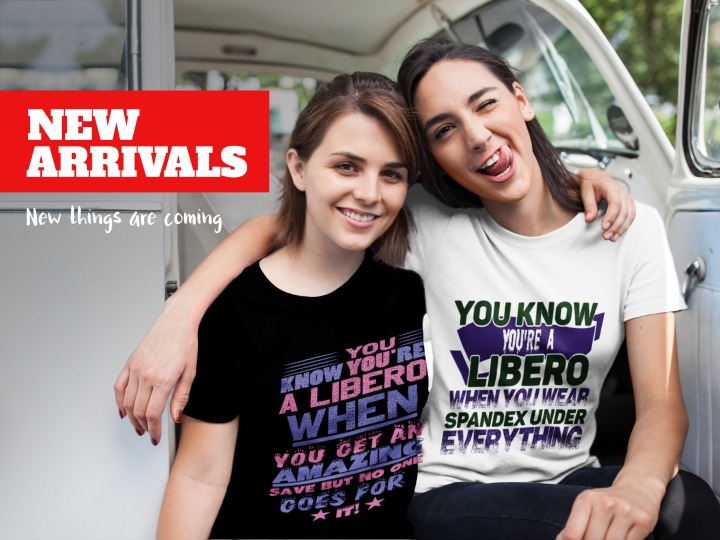 My Elbows Are Bruised Because... 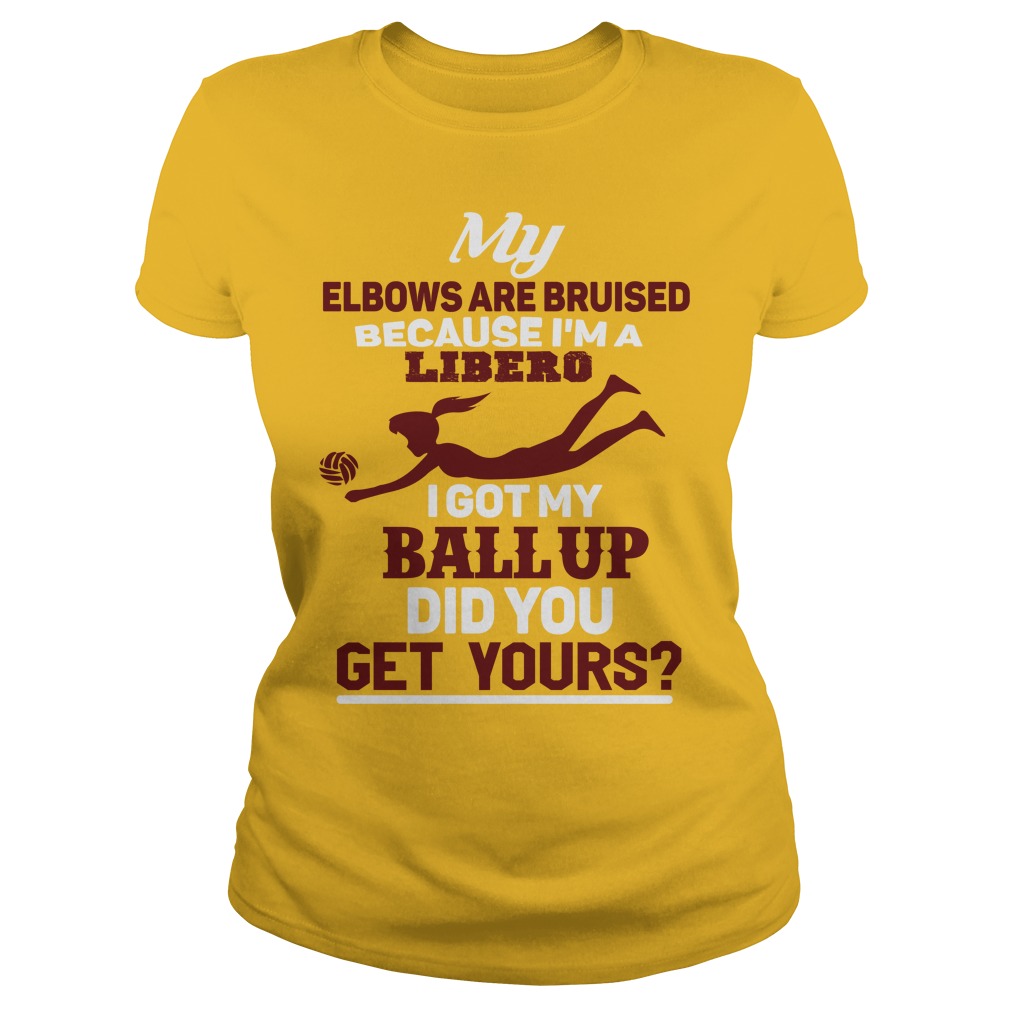 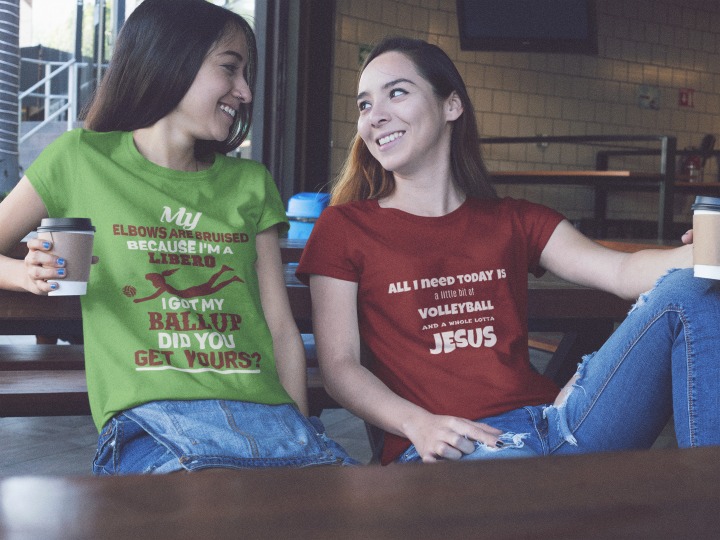 My elbows are bruised because I'm a LIBERO

Let's see, a volleyball court is 30 feet by 30 feet so you take the ten feet closest to the net, I'll cover EVERYTHING else behind you! 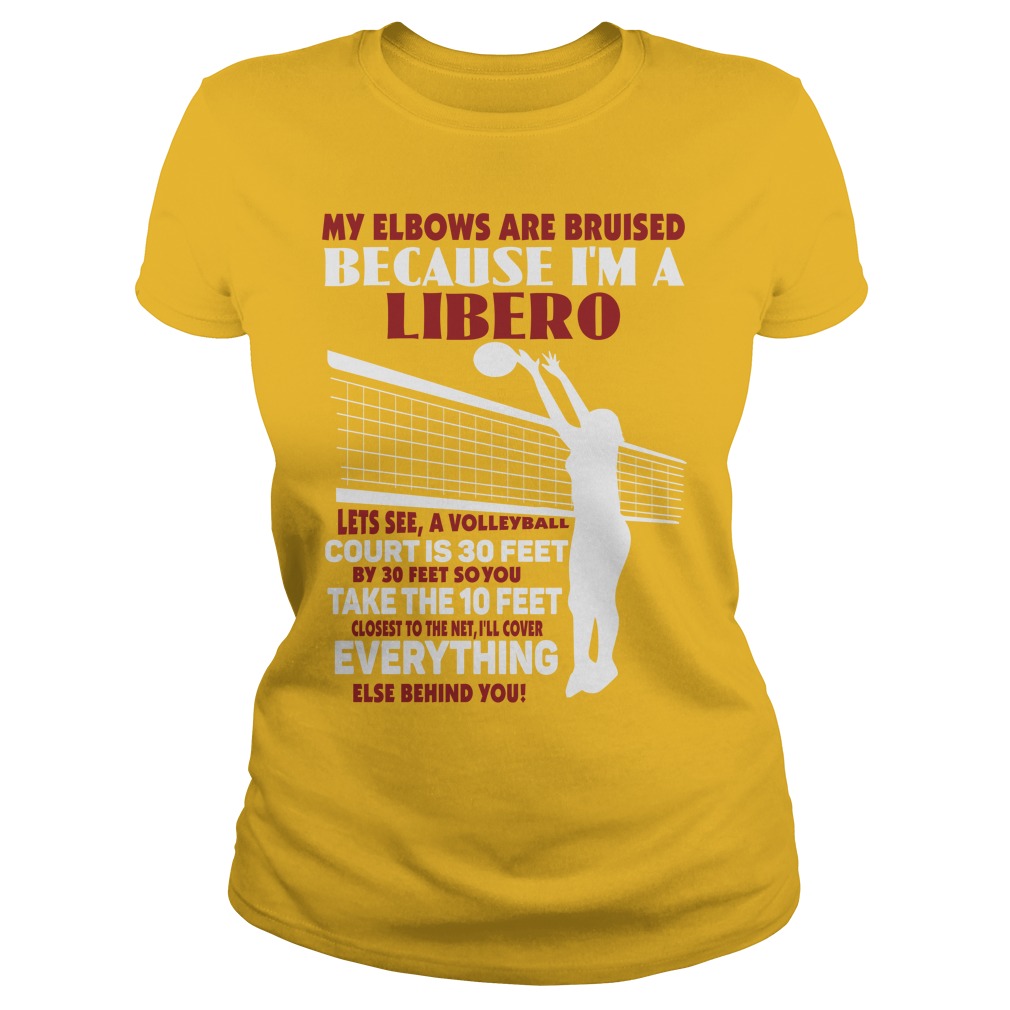 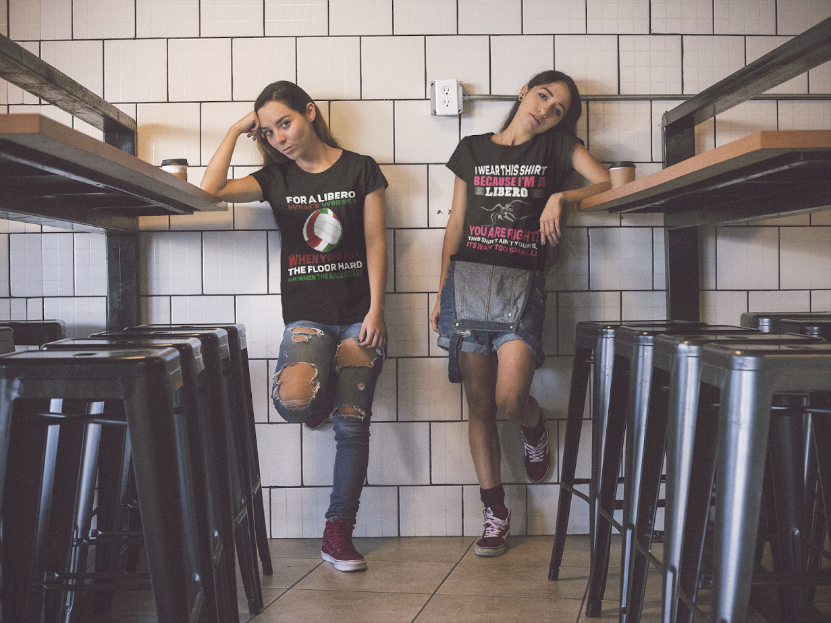 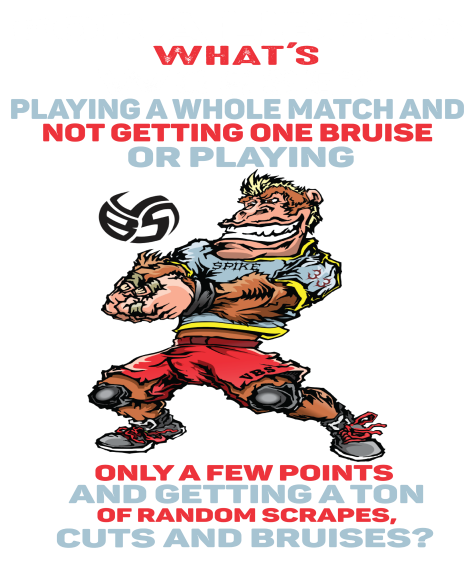 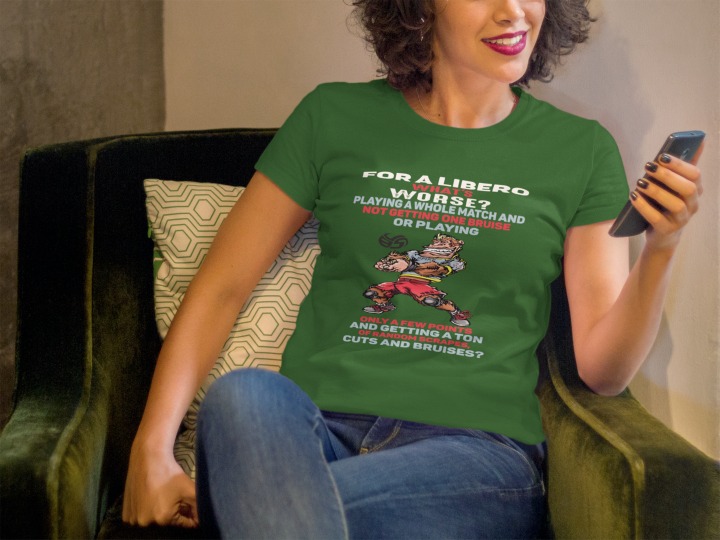 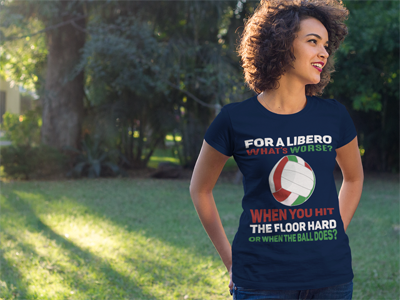 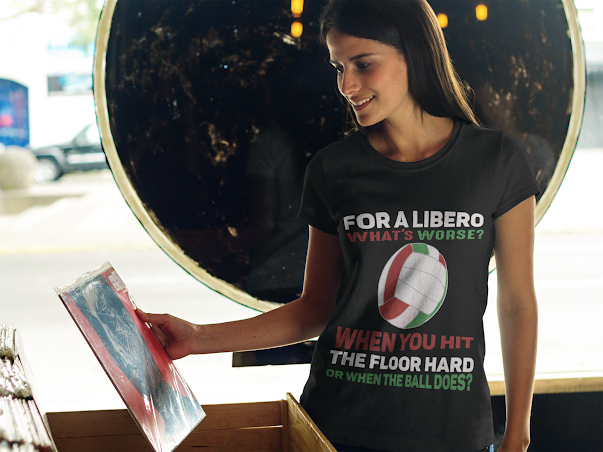