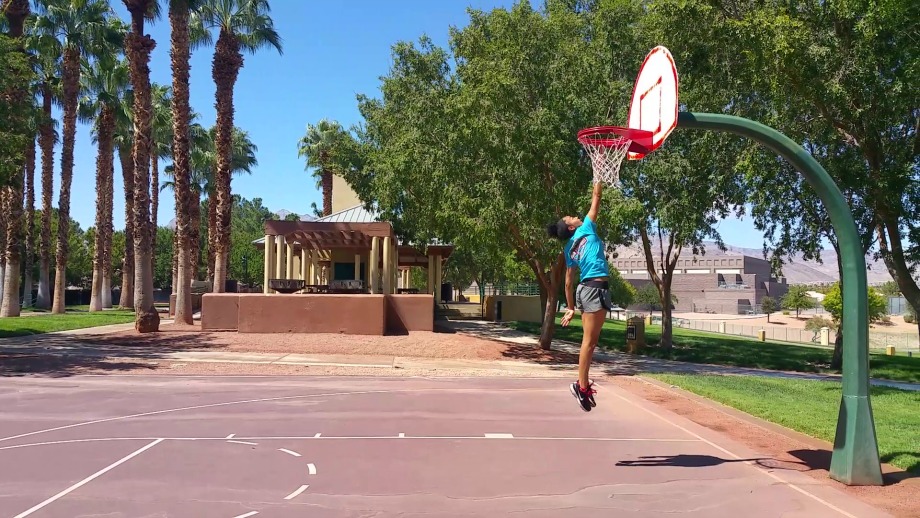 Need a volleyball goal? Here's one.

Work to improve your vertical volleyball jump. Set a goal for yourself to jump higher.

Why is it important?

If you can touch ten feet

College coaches love high jumping spikers and blockers. Players in the collegiate game at the Division I and II level have gotten taller, faster and reach higher.

They also jump higher as well, because hitting from a higher point increases the chances of spiking the ball at a sharper angle which makes these spikes potentially harder to dig or defend.

Watch what it looks like when top Division I players reach and jump higher.

The majority of these players jump and reach a minimum of ten feet high.

Sophia set a volleyball goal of being able to touch the basketball rim.

After learning to swing both arms all the way back before swinging them forward to spike, Sophia went to the park on weekends and worked on correcting her spike approach jump until she was able to reach the rim!

Proud of you Sophia, Congratulations!

Can you touch ten feet?

Vegas girls volleyball players if you can reach and touch the basketball rim that means you can touch ten feet.

The first player to do this was Kami Miner (US Girls Youth National Team member and setter for Redondo Union High School currently ranked second in the nation) who reached the rim while in the 8th grade and still living in Las Vegas.

Become a member of the Dear Volleyball's "Reach The Rim Ten Foot Club" by sending us pics and videos with proof of you touching the rim and your name will be added to our list of members on this website.

You must be on a Las Vegas girls volleyball high school or club team roster to participate.

We are modelling this idea after @prepvolleyball Ten Foot Club, thank you Prep Volleyball.

If you meet our qualifications to join the #vegasvolleyball girls 'Reach The Rim Ten foot Touch' club then be sure to submit your videos/pics to prepvolleyball.com for consideration to join their nationally known Prep Volleyball Ten Foot Volleyball Club.